Meghan flies back to Canada 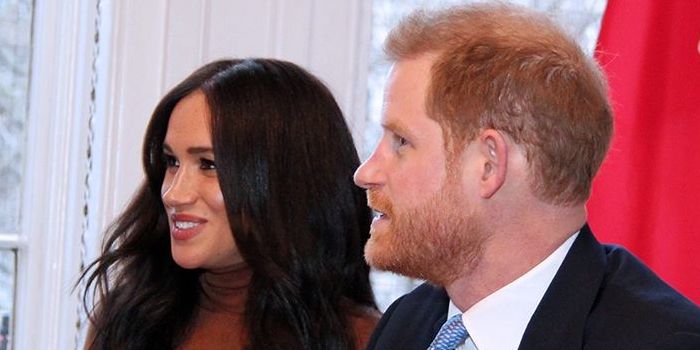 There is so much media coverage of Prince Harry and The Duchess of Sussex‘s Wednesday announcement that I literally don’t have time to keep up. But there is one aspect that I do want to cover: Meghan flew back to Canada yesterday because she left Archie in Canada.

This evening, Meghan is expected to make her return to Canada, where son Archie Mountbatten-Windsor has been under the careful watch of close friend Jessica Mulroney and a nanny. Harry will follow shortly.

Sky News then reported on January 10 a confirmation from Meghan’s spokeswoman, saying:

So… Harry and Meghan left Archie in Canada while they flew back to the UK to do the Canada House visit. They clearly did not intend to stay long in the UK if they left their 8-month-old baby in another country. Which is interesting because on Tuesday their team were telling the Telegraph that Harry and Meghan were excited to get back to work and had events lined up for next week:

The couple, who held a team meeting with their staff at Buckingham Palace on Monday morning, have come back refreshed and have several public engagements in the diary for next week, she said.

Asked how they were, the aide added: “Invigorated, excited. The team were all excited to see them this morning.”

What’s happening with those supposed engagements Harry and Meghan have lined up for next week? Is Meghan going to come back for those? Are they canceled? Did they ever exist? If Meghan does come back, are we really okay with the royals flying cross-Atlantic every few days?

Various outlets like Scobie’s Harper’s Bazaar piece, Valentine Low at The Times, and others have reported that Harry and Meghan dropped their announcement on the world in response to The Sun running a piece about their plans. Scobie reports: “after their agenda was leaked to British tabloid The Sun, ‘they felt they had been cornered,’ says a source close to the couple. ‘It was a case of act now or lose control of something they had spent a long time working on.'”

Dan Wootton, who broke the story for The Sun, says he first contacted the Sussex spokeperson on December 28. So Harry and Meghan must have known about this story for a week before they even flew back to the UK.

I’m not necessarily believing that Harry and Meghan “felt cornered” and were forced to act. Their actions of leaving Archie in Canada say otherwise. They must have known what they were going to do or else they wouldn’t have left Archie.

If they had planned to come back to the UK, do their engagements, and discuss their plans with the royal family privately, like they/their sources claim they were going to, they wouldn’t have left Archie in Canada. No, they came back to the UK with the intention of making their demands to the royal family, dropping their announcement, and running back to Canada. That was their plan all along; they weren’t “cornered”.

This whole mess is like a car crash I can’t look away from. Yikers.