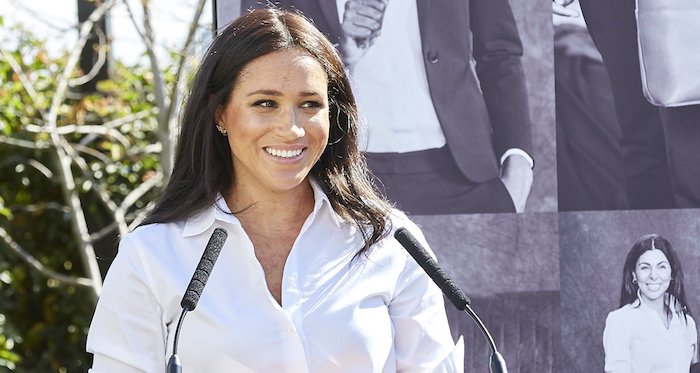 It’s been a while since the last we heard from The Duchess of Sussex‘s lawsuit against the Mail on Sunday/Associated Newspapers Ltd. The last we heard, in January, MoS was filing defense claims saying that Meghan brought up her personal life first and that her dad had a right to defend himself by releasing the letter. Now Meghan’s lawyers have filed new claims refuting the recent MoS claims. This comes ahead of a hearing on Friday, April 24, where MoS is seeking to have parts of Meghan’s claim thrown out.

In the MoS defense from January, they claimed that because Meghan’s friends talked about the letter to People first, her dad had a right to speak about it. Now Meghan’s lawyer is claiming that Meghan had no prior knowledge that her friends would mention the letter in the People interview.

The Duchess is expressly denying any prior knowledge of the People interview – and says the references it makes to the content and intentions of the letter were wrong. Her lawyers point out that that had she been involved in the story, the references would have been accurate. The Duchess says she only later found out her friends had acted of their own accord as they were “extremely concerned at the aggressive attacks” as the Duchess was “vulnerable as well as heavily pregnant” with son Archie at the time.

The document says: “As she later discovered, following visits to see her in London at the beginning of 2019, some of her close circle of friends became extremely concerned at the aggressive attacks upon her in the media and the palpable and profound impact which this was having upon her, especially as she was vulnerable as well as heavily pregnant at the time. As a result, one of her closest friends decided that they should help by arranging to give anonymous interviews to this American magazine whose Editor was a very good friend of hers in which they might explain what the Claimant was truly like (as opposed to the tabloid portrayal of her).”

The document adds: “In particular, the Claimant had no knowledge that her friends would make any reference to the Letter or its contents, the intention of sending it, or the response that her father sent, nor would she ever have agreed to this being done had she been made so aware.”

The document reads: “The truth is that the author did not know that such an interview had been given or, more importantly, that any reference would be made to the letter (or the response to it), nor was the reference an accurate one, as it plainly would have been if it had been authorised or procured by her (which it was emphatically not).”

I find it odd that Meghan and Harry are so against the press and being reported on when they didn’t give the go-ahead for it, but Meghan was completely fine with her friends going behind her back to speak about her private life to People Magazine. Is she still friends with these people after this? Why didn’t she try to shut down this People interview if she is so against her private information being made public?

MoS claimed that there is a legitimate interest in publishing the letter because Meghan is a member of the Royal Family, and that Meghan must have known the letter would be made public because her handwriting was very neat (eyeroll). Meghan’s lawyer refutes this.

However, the Duchess’s legal team wrote: “It is unarguable that the Letter was plainly private both in terms of its contents (as it contained the Claimant’s deepest and most personal thoughts about her relationship with her father) and the method in which these thoughts were communicated, regardless of how neatly they were presented or the fact that a copy of the communication was retained by her. Further, the Claimant’s right to privacy is neither proportionate to, nor dictated by, the (perceived) amount of money or privilege she has, nor can it be as a matter of law.”

Of the neatness of her writing, the document goes on: “This was the Claimant’s usual style of handwriting, as she had trained in calligraphy since she was at school and practiced it professionally to support her early acting career, as had been widely reported including by the Defendant in an article published in the Mail Online on 26 November 2018.”

MoS brought up prior communication between Meghan and her dad, and something about text messages (I don’t know, I’m getting super lazy on this one, sorry), so Meghan’s lawyer refutes those claims.

David Sherborne, the lawyer representing Meghan in her claim against the publisher, said in the documents: “The claimant’s husband pleaded with Mr Markle to let them help him. While Mr Markle responded later that evening to say that he appreciated the offer but did not feel in danger and would instead recover at a motel, the claimant responded 10 minutes later to make a further request for the hospital details so that she would know where he was. The claimant will refer to the fact that the defendant’s description of this exchange intentionally omits any reference to the claimant or her husband attempting to protect Mr Markle and ensure that he was safe.”

Mr Sherborne continues: “As a result of this, and the unpleasant nature of the message she received on May 16, the claimant called Mr Markle a further four times within five minutes of the message being sent, but he declined to pick up. Her husband even texted Mr Markle from the claimant’s phone to say: ‘Tom, it’s Harry, please answer your phone. I need to know this is actually you because it doesn’t sound like you at all.’ No response was received.”

Mr Sherborne said it is “admitted and averred” that, following the “unpleasant message”, which Meghan was unsure came from her father, and his failure to respond to calls and messages from the couple, the duchess did not speak to her father before her wedding on May 19. He said Meghan denies any further contact from her father and did not receive a text message from him in November 2018, which – according to Associated Newspapers’ defence – read: “I want to reach out to you or try to reach out to you one more time. You apparently have just written me off and now it’s telling me I guess for the rest of my life?”

Meghan revealed the contents of the text messages sent by her and Harry to her dad during the lead up to the wedding as part of her latest filing.

In one series, sent May 14, 2018, Harry, using his wife’s phone, urges Mr Markle to beware getting in to bed with the Press, which – he says – “created this whole situation”.

The Prince wrote: “Tom, it’s Harry and I’m going to call you right now. Please pick up, thank you.”

It was followed by another message saying: “Tom, Harry again! Really need to speak to u. U do not need to apologize, we understand the circumstances but ‘going public’ will only make the situation worse.”

Harry’s message went on: “If u love Meg and want to make it right please call me as there are two other options which don’t involve u having to speak to the media, who incidentally created this whole situation.

“So please call me so I can explain. Meg and I are not angry, we just need to speak to u. Thanks.”

He added: “Oh any speaking to the press WILL backfire, trust me Tom. Only we can help u, as we have been trying from day 1”.

The next day – May 15 2018 – Ms Markle wrote to Mr Markle, in a message ANL described in its Defence as “merely” asking him to call her. In fact, the message, according to the Duchess’s papers, went much further.

It read: “I’ve been reaching out to you all weekend but you’re not taking any of our calls or replying to any texts… Very concerned about your health and safety and have taken every measure to protect you but not sure what more we can do if you don’t respond…Do you need help? Can we send the security team down again? I’m very sorry to hear you’re in the hospital but need you to please get in touch with us… What hospital are you at?”

Another message from the Duchess, sent around 10 minutes later, said Mr Markle’s health was her primary concern, and offered him the protection of a security team.

Meghan wrote: “Harry and I made a decision earlier today and are dispatching the same security guys you turned away this weekend to be a presence on the ground to make sure you’re safe… they will be there at your disposal as soon as you need them. Please please call as soon as you can.. all of this is incredibly concerning but your health is most important”.

I don’t know whether it’s the worry over the fallout of a worldwide pandemic, being in isolation for well over a month now, or the unfortunate ambivalence I feel after Sussexit, but I couldn’t care less about these text messages at this point.